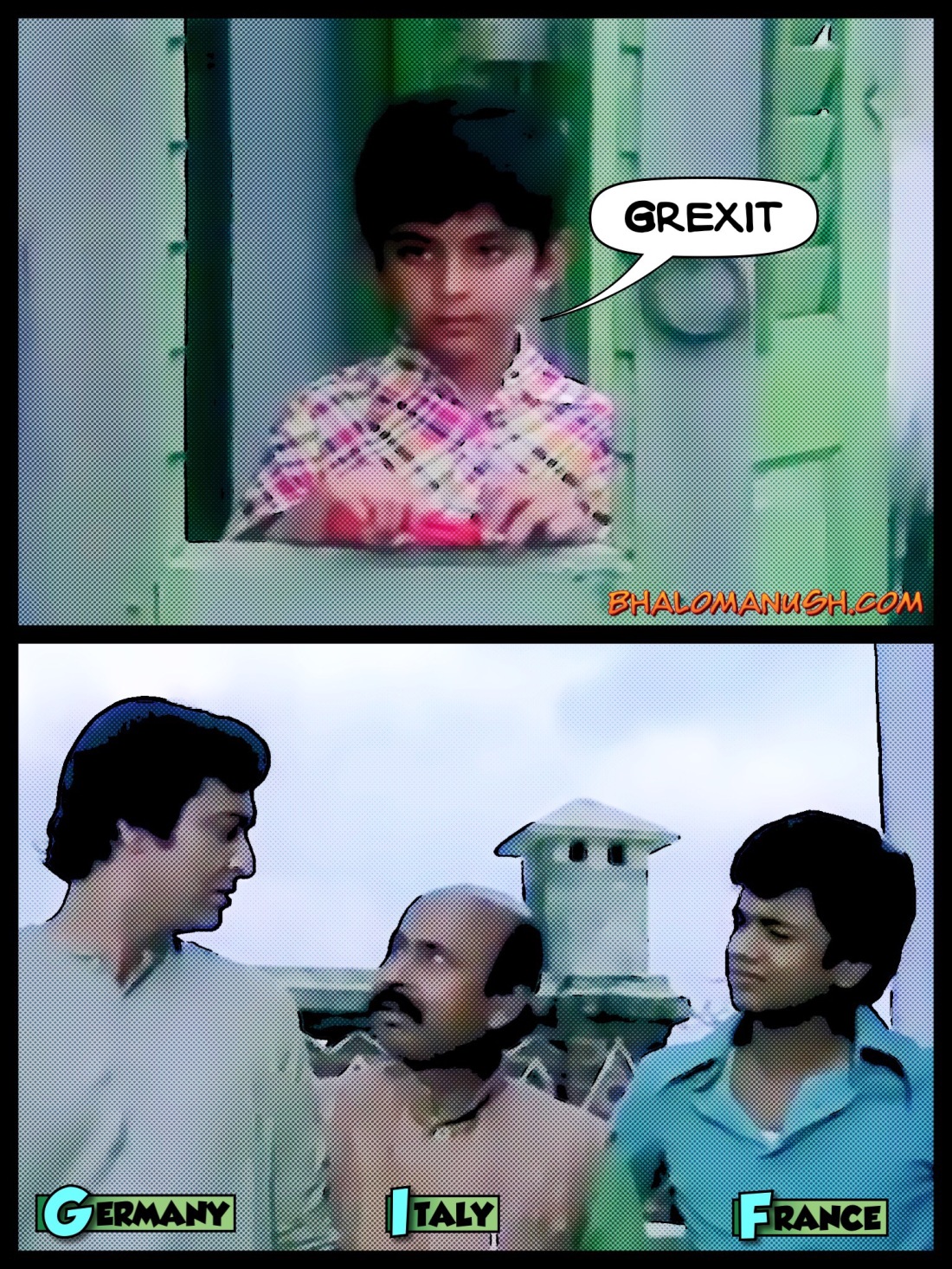 – I can’t call this weekend. We’re going to a pumpkin festival.
– Pumpkin? What is that?
– It is what we call kumro in Bangla
– And they will cook kumro?
– No, they will just carve faces.
– Carve faces? Why will they do that?
– To make scary faces, put candles inside, and place in windows.
– And the kumro?
– Usually they just throw them away.
– I see. Do they at least dry and eat the seeds?
– No.
– I see. And this so-called pumpkin festival, this is big in America, yes?
– Yes. Sometimes, they make pies with kumro, that are like pithes. They also sometimes flavor tea with spices and kumro. It really is big over here, especially among the ladies.
– What, kumro tea?
– Yes, very milky kumro tea is popular this time of the year.

Chander Pahar (চাঁদের পাহাড়, in English, “Mountain of the Moon”) released across theaters in West Bengal a few days ago to unprecedented anticipation. The film based on a short children’s novel written by the Bengali author Bibhutibhushan Bandopadhyay (who also wrote the source material for Satyajit Ray’s Pather Panchali, Aparajito, and Ashani Shanket) and produced by media-house Shree Venkatesh Films, is a directorial venture of Kamaleshwar Mukherjee and the biggest-budget film to come out of Kolkata to-date. I went to see the film yesterday in a packed theatre and thought that it lived up to the pre-release hype. It is a film worth experiencing.

But first a few words on the novel Chander Pahar. I remember first reading it when I had just turned thirteen and was spending a few days during the summer in the ancestral village. I was an avid reader and had read Robert Louis Stevenson, Jules Verne, and all of the Tintin comic books multiple times. I had even read the books that my father had won as prizes in his youth. Finding that I had run out of books in English, I asked a cousin if he could recommend any books in Bangla. He handed me a slim volume with a brown cover that had the illustration of a boy wearing shorts who had a backpack and a rifle. The face of the boy was not visible but you could see that he was heading through a dense forest. Intrigued by the cover but not really expecting much (after all who had heard of decent adventure fiction in Bangla?) I picked it up and started reading it. When I put it down later that afternoon, I had finished it. It was an excellent adventure novel about a boy who filled with wanderlust travels to Africa and has a fantastic adventure. Although Bibhutibhushan had never traveled outside of India, through meticulous research and imagination, he had created an adventure novel rivaling Sir Arthur Conan Doyle’s The Lost World.

When I heard earlier this year that a film based on the book was being made, like thousands of other fans, I was cautiously optimistic. Shree Venkatesh Films produced a bouquet of all kinds of Bengali films for all audiences, and were responsible for a renaissance in Bengali films. The director Kamaleshwar Mukherjee was more of an unknown entity; he had directed two good movies, Uro Chithi and the prize-winning Meghe Dhaka Tara before, but would he be up to the task of directing a perennial classic?

Leading up to the shooting, there was also quite a bit of speculation as to who would play the protagonist Shankar. When it was announced that Dev (Deepak Adhikari) would be cast as Shankar there was quite a bit of discussion on social media with fans and those opposed taking different views. Before Chander Pahar, I had not seen a single film in which Dev had acted so I was an agnostic in these discussions. What I did know was that in Bengal, he was an immensely marketable superstar who would ensure large audiences saw the movie. On a creative level as well, from I knew of him, he seemed to possess the physical attributes of someone who could be cast as a lead in an adventure film. On seeing the film, I think he has done an admirable job, and I cannot think of any current actor who would have fit these attributes better.

Chander Pahar is unlike any other Bengali movie ever made. Most of the story is situated in inhospitable locations in Africa including jungles, savannahs, mountains, and the Kalahari Desert. There are real wild animals and one mythical beast. As the film progresses, Shankar, the protagonist is required to undergo a complete transformation and so the actor playing him too must be “deglamorized”. There is no heroine, and very few female characters. Most of the actors are not Bengalis. There are no songs, no conventional dances, or hand-to-hand fight sequences. There are long stretches when one or two actors are traveling across a very large canvas with limited dialogue. The risks in making this film must have been huge.

And through these challenges, the team that made Chander Pahar deserves applause. It is a commercial film, but it is entertaining as well as creative. The film movies from one scene to another with a fierce speed. The cinematography is superb; the acting competent; and the audiography well executed. And the editing is, for the most part, very tight. The CGI animals are very well-done. Unlike many other current directors, Kamaleswar Mukherjee has limited the number of flashy camera and scene transition effects, which I think makes the film better. There was a symbolic splattering of blood special effect which I thought was over the top and one scene where I felt the special effects did not match up to the rest of the film (and this involves a volcano, wild animals and probably the weakest dialogue in the film).

Chander Pahar also has a lot of voiceover dialogue to an extent I’ve never seen in any other Bengali film. I felt at times, the voiceover was unnecessary since what was happening on screen was self-explanatory and that it actually detracted from giving the story space to move through dialogue and acting. But I can guess one of the reasons for the recurring narration is to stay true to the story: Bibhutibhushan’s novel has a lot going on in it on every page and most of it is explained through a third-person narrator.

Overall, the film is entertaining without deviating too much from the classic novel: I think both those who are familiar with the story and those who aren’t will enjoy it.

Day and night thirsting like a chatak bird
Staring at the dark, new moon
Longing to serve with complete devotion
I am unable, because of a lifelong curse

Just as lightning briefly flashes in clouds
Hiding what was there to be discovered;
Having lost sight of the dark-complexioned one
I seek the same visage in this mirror

The video of the song from Moner Manush is on YouTube here. 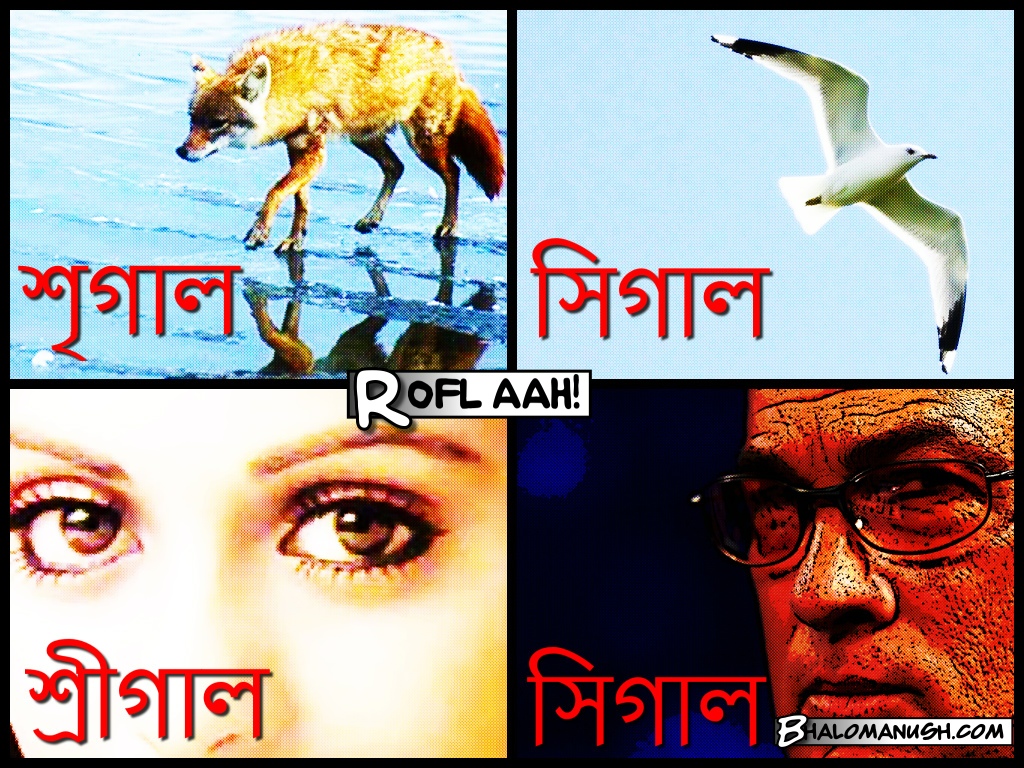